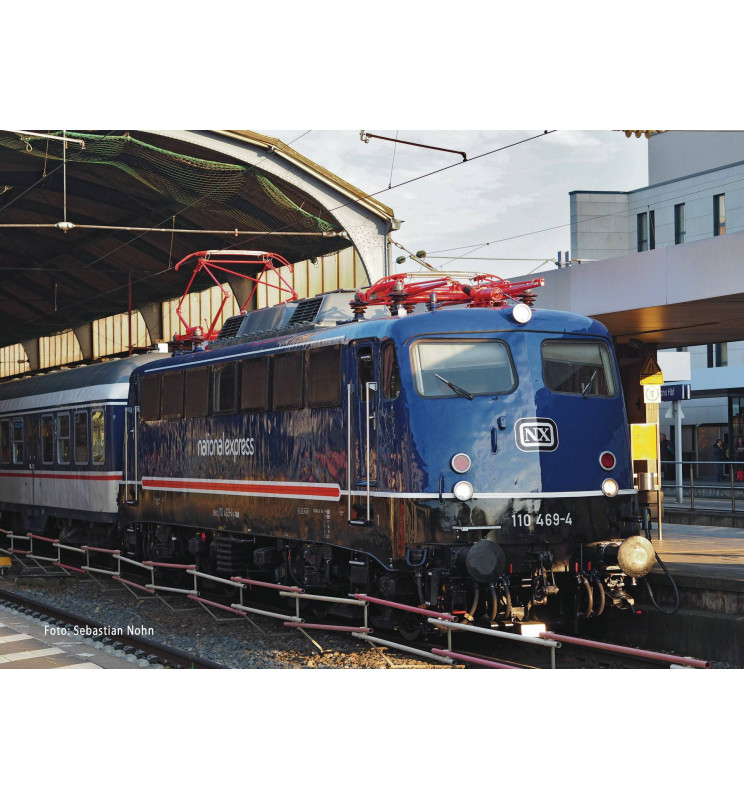 Skala: N The National Express Holding GmbH is a German passenger transport company which was founded in 2014 and has its headquarter in Dusseldorf, Germany. The company engaged in competitive calls for tender as for regional rail transport throughout Germany and managed to win two of them in the state of North-Rhine-Westphalia. If there are not enough railcars available, the NX Rail uses push pull trains together with the locomotives 110 469-4, which they bought from the DB AG.