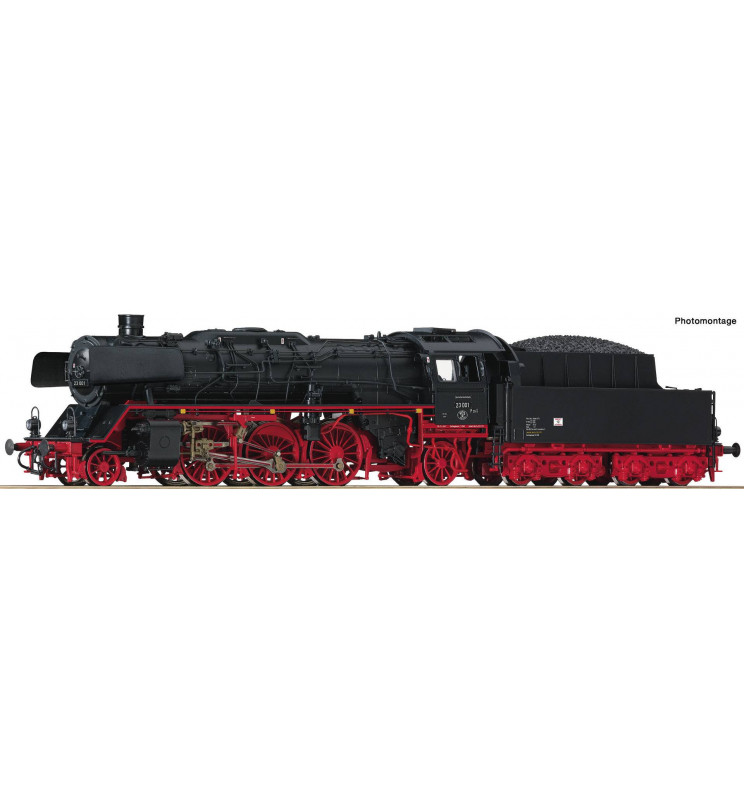 Skala: H0 Over the years, the steam locomotive 23 001 unterwent some improvements and modifications. For use as a brake locomotive, the loco had a Riggenbach counter-pressure brake and angled pressure compensation valves mounted on the cylinders. As a result of aging on the original steam boiler it was equipped with a new Reko boiler as it also had the BR 50.35 in 1961. However, because of the counter pressure brake, It had also a feed water heater fitted. Particularly striking on the redesigned locomotive was the continuous state-of-the-art trim which combined the dome and the sandbox. Thanks to its modern boiler, it has become the most powerful loco ever built under the series designation 23.