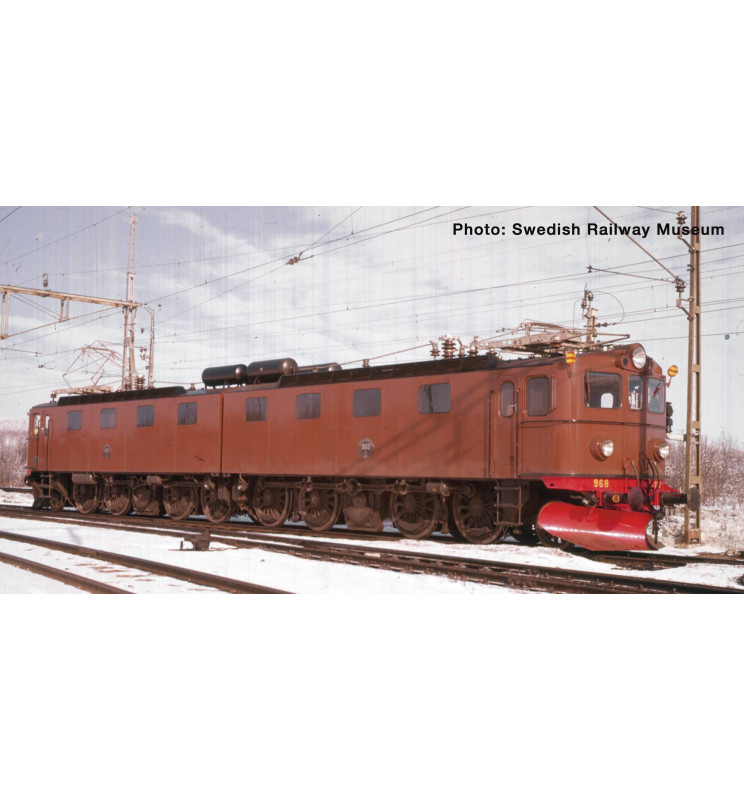 Skala: H0 Immediately after the Second World War, the demand for Swedish iron ore increased dramatically. For the transport of the heavy ore trains suitable locomotives were needed. The Swedish State Railways (SJ) ordered the first double locomotives of the Dm series, of which the first locomotives were delivered in 1953. Each of the two locomotive parts was equipped with powered jackshaft and four coupled driven axles with spoked wheels. These were replaced in a later conversion by hubless SAB wheels. The powerful locomotives were able to haul ore trains with a weight of up to 3,200 tons on the challenging lines of "Malmbana" Lule?-Kiruna-Narvik. These heavy trains consisted of 52 ore wagons. Each of these 3-axle wagons had a curb weight of 20 tons and carried 80 tons of ore. At the end of the 1960s, the train weights were increased to 5,000 t. For this, some locomotives have been lengthened by another, driverless, four-axle middle section and were designated as Dm3.